MOCVD (metal-organic chemical vapor deposition) is a vapor-phase process for producing an epitaxial film of semiconductor deposited on a single-crystal substrate. MOCVD is a proven technique for obtaining high-quality, high-purity epitaxial layers in a variety of material systems. Unlike other vapor-phase epitaxy (VPE) techniques, MOCVD utilizes metalorganics, such as trimethylindium (TMIn), as sources for the Group III element. The Group V element is usually a hydride such as phosphine (PH3). Typically, the hydrides reacting with the metalorganic sources in a hydrogen ambient under appropriate temperature and pressure conditions produces molecules of the required semiconductor material, which deposit on the substrate, giving an epitaxial layer. 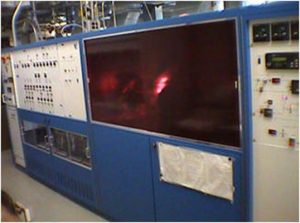 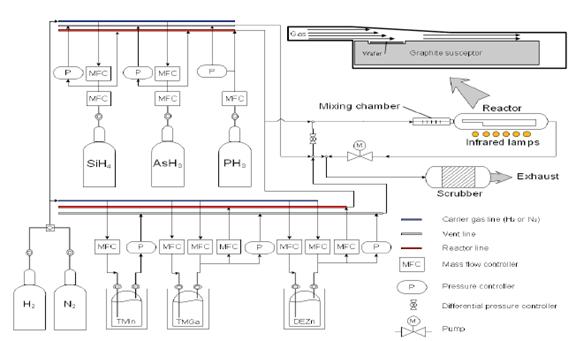 Schematic diagram of the MOCVD system at UMBC 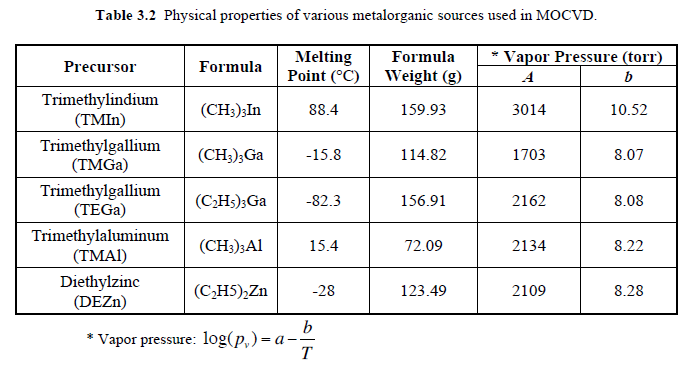